One of the onerous and labor-intensive tasks that many companies dread is allocating private and business calls from company smartphones, at the end of every month. Thanks to the “Dual SIM” function, there is a solution. 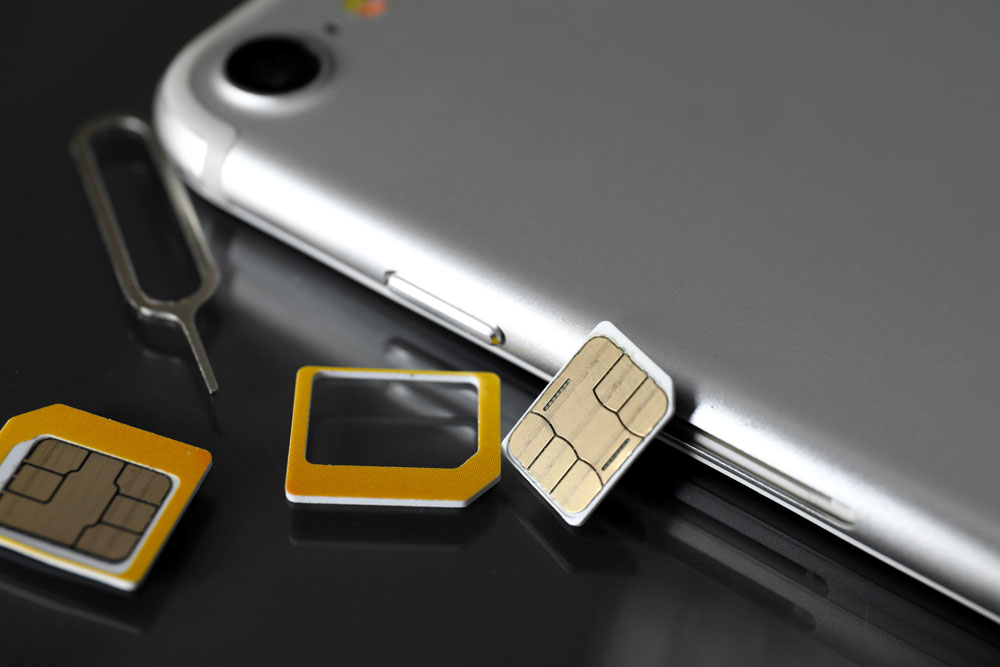 One of the onerous and labor-intensive tasks that many companies dread is allocating private and business calls from company smartphones, at the end of every month. Thanks to the “Dual SIM” function, there is a solution.

The ongoing argument about allowing employees to use a company device for personal use has no perfect resolution, but with Apple releasing iPhone with two SIM cards (“Dual SIM”), this ongoing debate melts away.

If you haven’t looked at running an iPhone with two SIM cards in your company, then read on, and we will explain why this is something you should consider.

What is a Double SIM iPhone?

An iPhone with 2 SIM cards permits the user to run two separate cellular numbers on one physical device.

There are two types Dual SIM configurations in iPhones. 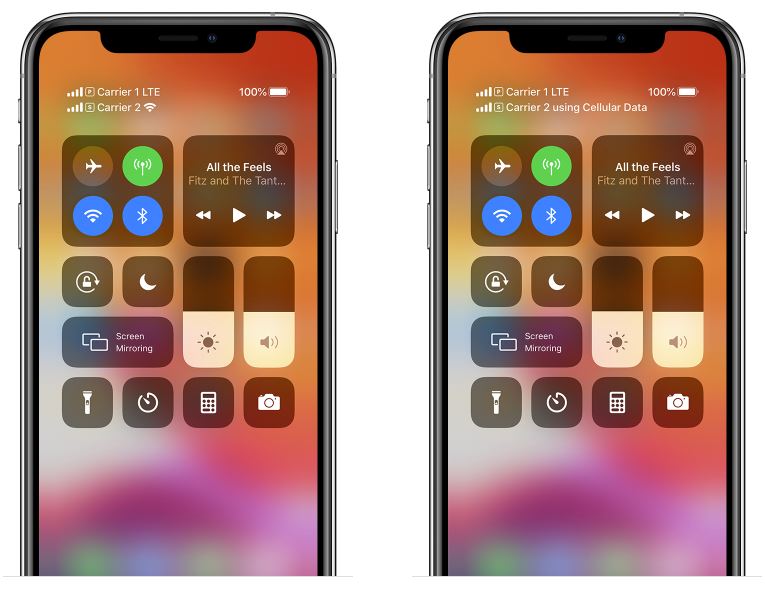 The first configuration allows to use a Nano-SIM card and one additional e-SIM in the given iPhone.

The following models can operate with a Nano-SIM and an e-SIM:

Using two e-SIMs in one iPhone

The second configuration allows you to use two e-SIMs in one iPhone. The eSIM is different because it is a digital SIM that permits the user to run a cellular plan without having to have a physical Nano-SIM.

However, the iPhone 13 models also allow for using a Nano-SIM card if needed. As e-SIM is the current standard, you can expect future iPhone models such as the iPhone 14 and iPhone 15 to allow for Dual e-SIM as well.

Is the corporate data on your employees’ mobile devices secure? Do your colleagues use private devices on the job? Our data security white paper clarifies the key questions. Click here for the free download.

In Android phones, there’s is often a “hybrid” SIM slot which either allows for an additional SIM card to be used or an additional microSD card for more storage capacity. These hybrid slots are not to be found in iPhones.

What are the advantages to an organization giving employees a Dual SIM iPhone?

There are several advantages to the corporate user of having two SIM cards in an iPhone:

The most obvious benefit is that the company can rent one handset and permit the phone user to run one number for business purposes and the second for private use while having only one physical device.

As the two contracts are separate, the organization will pay for the business SIM contract, while the employee carries the cost of the second contract for private use. Many users don’t want to give up their private phone number when switching to a company phone – this problem is also solved by the Dual SIM usage. 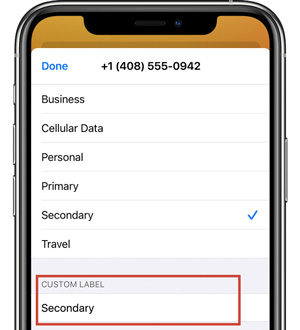 The SIMs can be named freely by the user

In this way, an iPhone with two SIM cards carries separate contacts. Contacts from the business contract will not appear under the contacts for the private contract and vice versa.

The iPhone with two SIM cards separates the ringtones. As these are separate contracts, the iPhone sees them as two individual phones, so the ringtones can differ depending on where the contact lies. If the same contact is in both lists, their ringtones will vary depending on which number they ring, making it easy for the user to identify business and private calls.

Apps on the phone can be divided into managed and unmanaged apps, and there will be no data exchange between the two kinds of applications. This way, an app such as WhatsApp can be managed separately from business apps such as Microsoft Outlook. On an iPhone with two SIM cards at the same time using WhatsApp, the app can only access the list of contacts on the private contract.

Boost employee satisfaction with a company cell phone that can be used privately. Separate data and phone numbers are easy to implement! Learn more in our whitepaper “Company Phones as Employee Benefits”. Click here to download. 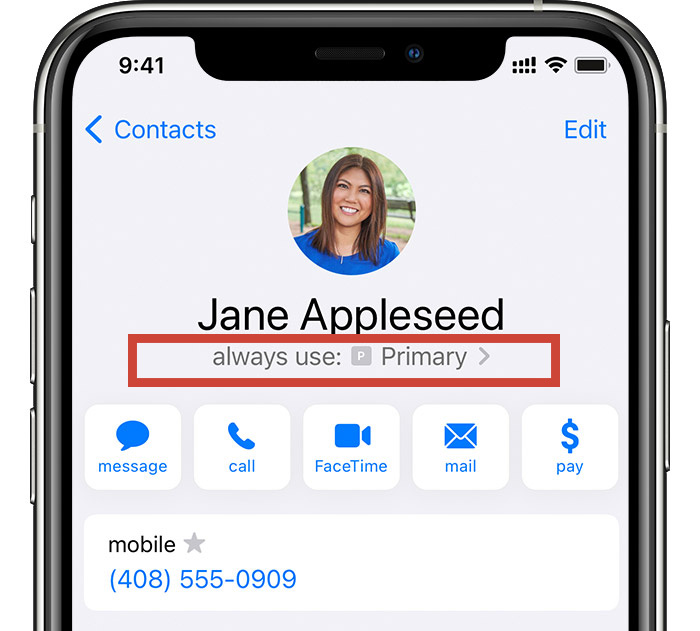 Users can assign the preferred SIM card to any given contact

For smaller organizations where one employee fulfills two functions, for example, human resources and finance, it would be helpful if one number related to financial calls and the second to human resources calls.

Employees who regularly travel to other countries can retain their home number to receive messages by using a roaming eSIM for the country they visit to avoid expensive roaming call costs.

It is possible to have many eSIMs, but you can only use two at the same time (if your phone allows that) or one on older models. By having several eSIMs, employees who regularly travel and find themselves in areas with poor reception may find it advantageous to have several eSIMs and select the one with the dominant carrier in that specific area. This ensures a higher level of connectivity all over.

It is simple to run two contracts, separating voice and data on an iPhone dual SIM handset. Employees can have two SIM cards with different contracts and take advantage of any special offers from carriers.

Each SIM carries its own storage capability, so you can carry double the contacts, messages, etc. that you would typically have. You can also separate contacts for corporate use from those for private use.

The primary benefit to the organization is that an employee will only have to be allocated one physical device, and they can run multiple contracts on that device. This cuts down on the costs of purchasing multiple phones.

In addition, the company phone can be offered as an employee perk to strengthen staff loyalty and increase employee satisfaction. Instead of bringing their own device to the job (BYOD), employees can enjoy a high-class device from the company. It is also possible for the company to let the employees contribute to the costs, which many of them are quite willing to do.

iPhone or Android? Why not let your employees decide for themselves? We’ll be happy to explain how in a short conversation. Click here to learn more.

Are eSIMS a security threat?

At this time, there is no evidence that eSIMs are more of a security threat than Nano-SIMs. While nano SIMs are subject to SIM-swap criminals, the eSIM could also be subject to a similar threat. As with the physical sim-swap crime, if the carrier employee requested to undertake a swap from one device to another and does not follow all the prescribed procedures concerning security, the eSIM could be moved to another device without the owner’s permission.

Renting one handset and having multiple contracts makes good business sense as it significantly cuts the cost of supplying phones. Employees can take advantage of the latest technology while keeping business and private contracts separate, so neither interferes with the other. 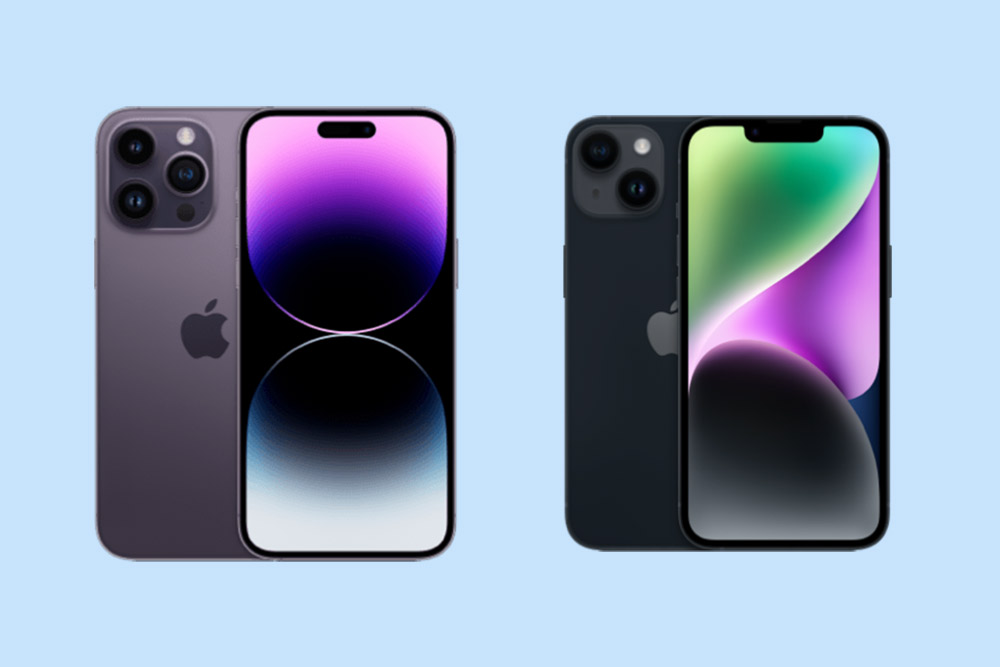 The relationship between iPhone durability and business smartphone

The relationship between iPhone durability and business smartphone 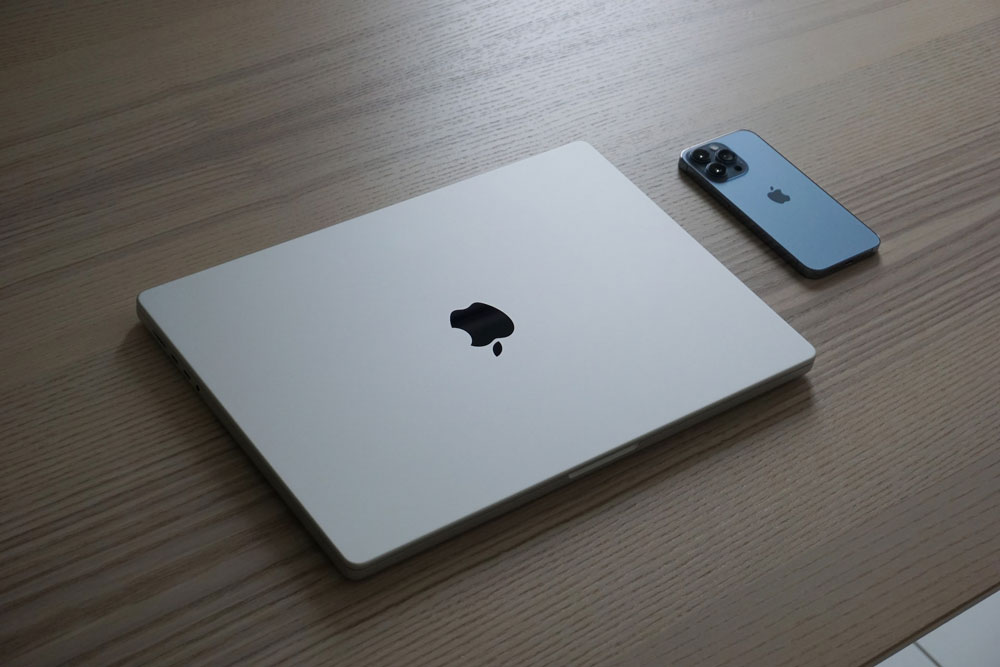 iPhone for business: your work tool on the go 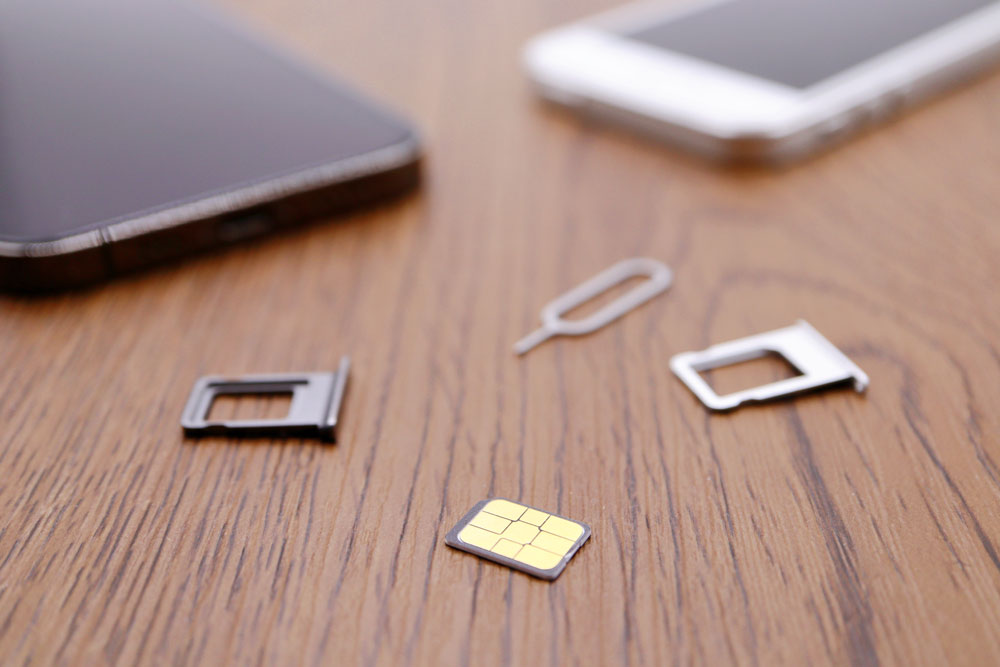 eSIM on the iPhone 11- How Does This Help Your Company?

iPhone for business: your work tool on the go 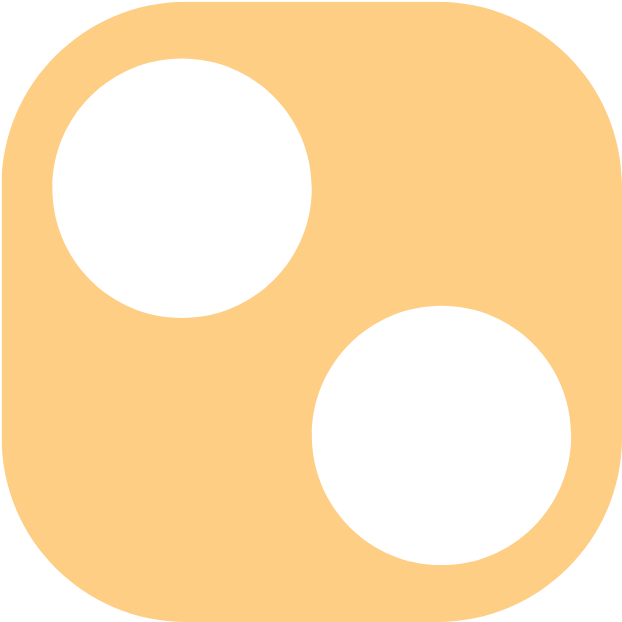 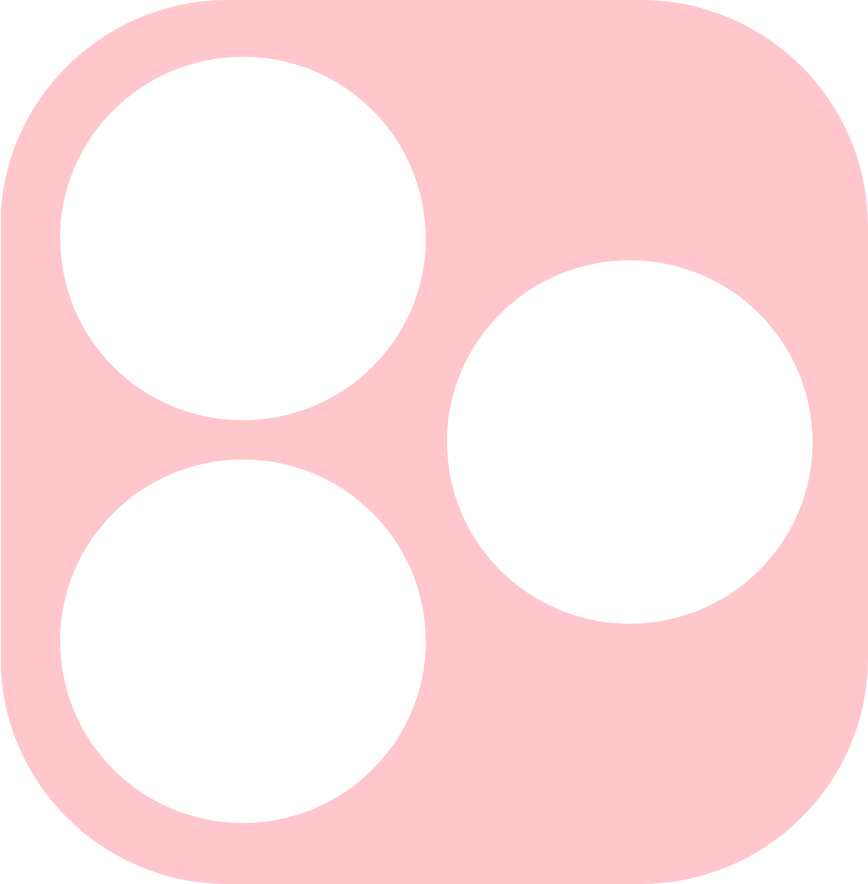 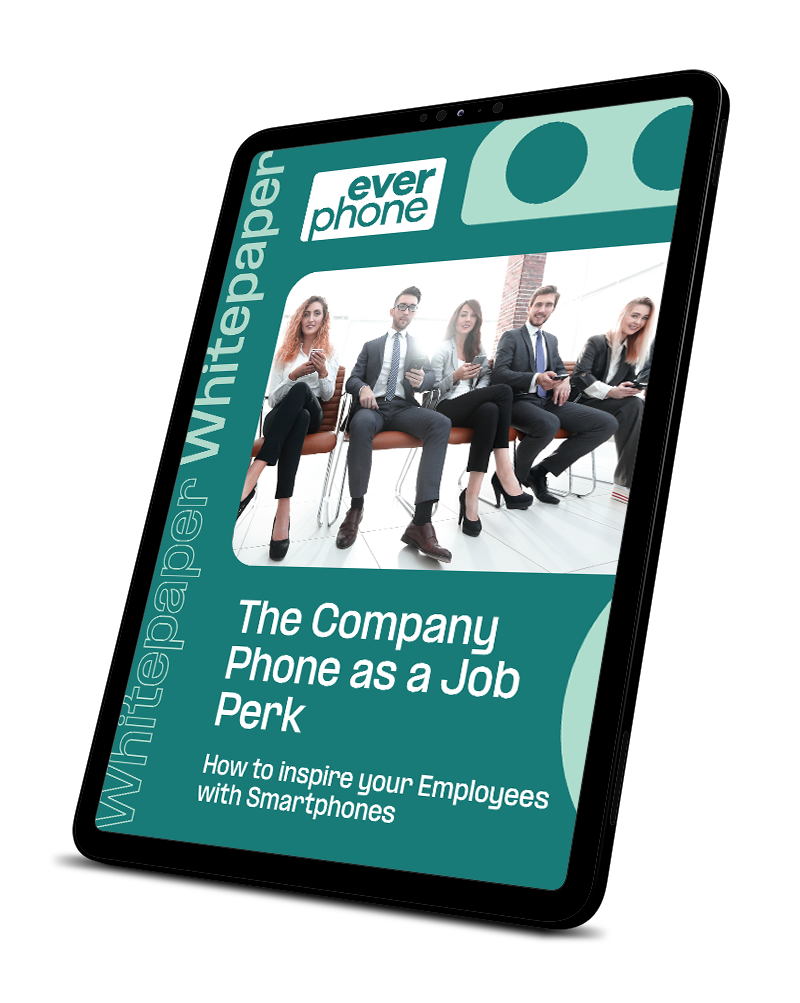 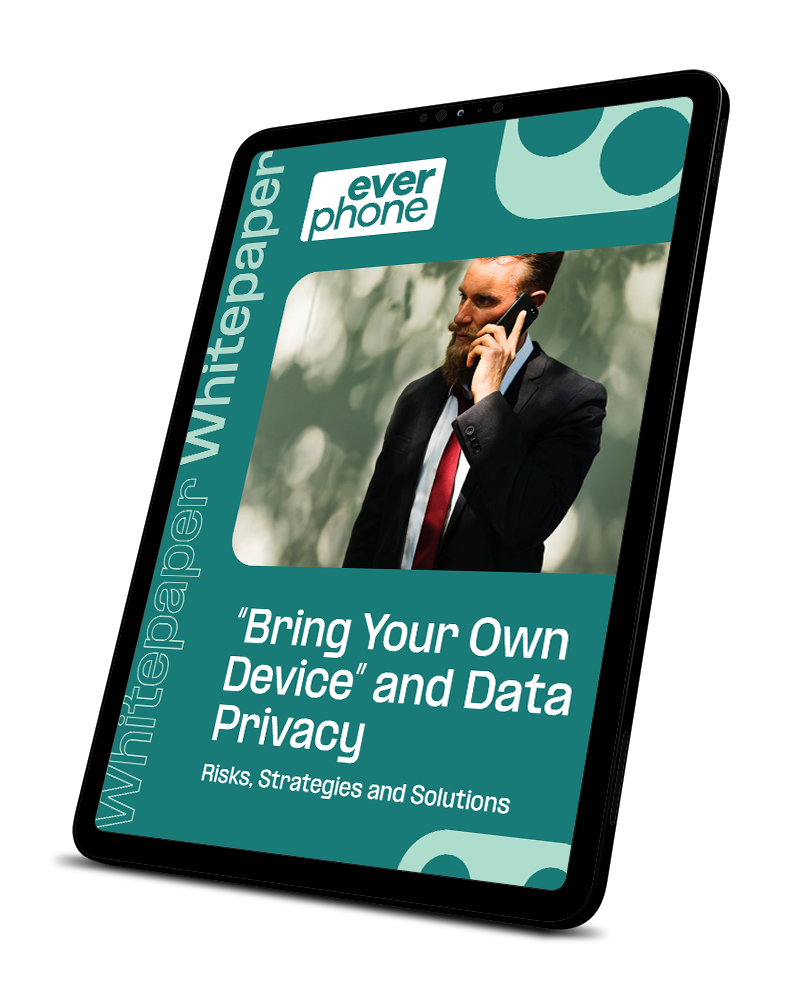